Ons Jabeur is a Tunisian professional tennis player. She is widely regarded as the first Arab woman to qualify for the quarter-finals of a Grand Slam, and she did it at the 2020 Australian Open. Jabeur has won 11 singles titles and 1 doubles title in ITF women’s competitions.

She has been ranked as high as world No. 2 in Singles by the Women’s Tennis Association (WTA) in mid-2022 after being runner-up in US Open. In 2011, she won the women’s singles championship at the French Open. A year ago, she reached the final in the same game. This was her most tremendous success as a junior player.

By achieving all the success in her life, she has earned her worth which we are going to discuss in this very article. So, if you want to know more about Ons Jabeur net worth, earnings, and prize money, then keep reading this article.

In the recent season, Jabeur defeated famous star Jessica Pegula and grabbed the singles title of Mutua Madrid Open 2022 from her, and earned the prize money of €568,790. Ons also won the trophy for the very first time in her life. She beat Daria Kasatkina and collected the worth of around $29,800 as the prize money for winning the match.

The current wealth of Ons Jabeur is around $9.5 to $10 million as of 2022 which she has earned in her entire career. However, you have come to know the total worth of Ons but let’s see how she has made it over the years.

Jabeur has played in a few Grand Slam tournaments so far. We’ve put together her performance statistics for the majors.

Jabeur has partnered with the famous sportswear manufacturer Lotto and tennis equipment manufacturer Wilson. Other sponsors of Ons are listed below:

These deals have added an amount to her total net worth, but like other celebrities and tennis players, she has not made that many deals with brands.

She is currently under contract with 2 brands of tennis, one for what she wears on the tennis court and the other one for her tennis racket.

Currently, she is using Wilson Pro Staff 97 v13 Tennis Racquet and from her wearing stuff, the lotto is everywhere, Ons Jabeur’s outfit body is covered with lotto Bandana, T-Shirt Short, Shoes even her wristband. 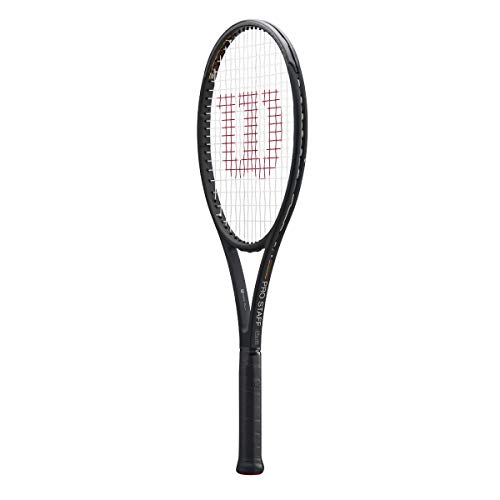 Where is Ons Jabeur Tennis Player From?

She is from Tunisia and her birthplace is Ksar El Hellar. How many languages Ons Jabeur speaks?

She speaks Arabic, English, and French. She is learning Russian because her husband is half-Russian.

What is the Weight of female tennis player Ons Jabeur?

Ons is famous for its profession which is tennis. She has gained so much success from her profession and earns worth around $9.5 to $10 million as of 2022. Most of the information related to her career worth and how she reached her current position is not really disclosed publicly. Still, she has also done collaborations like other players and added the money to her net worth.