Following early career achievements and some significant setbacks, Beatriz Haddad Maia has made an astonishing comeback in recent years. The current World rank No.15 was born on the 30th of May 1996 in Sao Paulo to a Brazilian couple, Ayrton Elias Maia Filho (Father) and Lais Scaff Haddad (Mother). Hailing from a long line of tennis players of Lebanese descent, both her mother and grandmother were professional tennis players. So it comes as no one’s surprise when Haddad started playing tennis at age 5.

An answer to all these questions and for those which are not in your mind till now all are going to disclose here with an interesting fact. Now without delay, we are continuing with the article which will answer your questions so far.

Her biggest accomplishment as a junior would be making the finals 2 years in a row in 2012 and 2013 at the French Open. In 2014, Haddad would go professional with her career-highest junior ranking of No.15. Just a few months into her professional career at 17 years of age, she was Brazil’s second-best female tennis player. She has also been rewarded wildcards at both the Rio Open and Brassil Tennis Cup.

Beatriz played in US Open 2022 and grind down Ana Konjuh in the first round but lost to Bianca Andreescu in the second round. Prior to that she also appeared in National Bank Open (Canadian Open) 2022 and played well throughout and reached the final battle with Simona Halep, unfortunately, lost the final game with her and stands runner-up.

In 2015, she would participate in the Rio Open again as a wildcard, ranking 234  but defeating a top 100 player. She would also win her first WTA doubles title at Bogata. She then played in the qualifying tournaments for the French, Nottingham, and, Wimbledon Open but would fail to reach the main draw. Unfortunately, she soon after suffered a season-ending injury.

The following year she would receive wildcards at the Miami Open, Brasil Tennis Cup, and the Rio Open, making it her third wildcard awarded at that tournament. She would then play at the qualifying tournaments for the French and US Open but fail again. After the repeated losses, her ranking would fall to No. 367 but she would more than make up for it by winning 2 consecutive $50k titles at Scottsdale and Waco, boosting her ranking by 200 spots to her then-career highest of 170.

Starting the 2017 season, the Brazilian tennis player would win $25k at Clare, in both singles and doubles. She would follow this up by getting a wildcard at the Miami Open and by beating 2 top 100 players at the Prague Open. Her ranking also rose to 94 after qualifying for her first Grand Slam Tournament by winning all qualifying rounds at the French Open.

As the season progressed, in grass-court season, Beatriz Haddad would receive her first direct acceptance to a Grand Slam through the Wimbledon Open. Upon winning the first round, she became the first Brazilian female tennis player to have done so since 1989. She would then make the top 60 by reaching the finals at the Korean Open, becoming the first Brazilian to reach a non-clay-court final since 1983. She also set a career first when she was seeded at a WTA tournament at the Luxemburg Open.

Her 2018 season however would prove much less impressive with a left wrist and season-ending back injury, forcing her to miss the grass and clay-court seasons. Her streak of bad luck would continue into 2019 as she would suffer another injury in the first qualifying round of the French Open. She would then reportedly fail a urine test and be suspended over suspicion of doping. Following her return in May, due to not competing, her rank dropped to 1342, a heavy blow to her career. Then after the COVID-19 cancellations, Haddad Maia would finally compete again in September of 2020, only to suffer a season-ending injury once again.

Haddad would make the top 100 once again, in October 2021, by defeating the then-rank No. 3 at the rescheduled Indian Wells Open. Then at the Sydney International the following year, she would win her first WTA 500 doubles title. She also reached her first Grand Slam tournament semifinal a the Australian Open. Setting personal record after record, Haddad would continue rising in rank as she also rose from No. 483 in the WTA doubles rankings to No. 40.

After winning her first WTA 125 tournament, she would also win a doubles event. Her singles and doubles ranking would reach the 40s and 30s respectively as she won her biggest singles title at the WTA 250 Nottingham Open. She would be victorious at the Birmingham Classic and shortly after reach rank No. 25 in both singles and doubles. At the Canadian Open, Haddad would defeat the rank No.1, the Olympic champion, and the former No.1, earning her the World No.18 ranking she holds today which she achieved on Sep 12, 2022.

She would become the first Brazillian woman to reach a WTA 1000s final but would not win the championship, placing as the runner-up. In the Cincinnati Masters, Haddad would reach the quarter-finals in the doubles category. More recently at the US Open, she would last until round 2 and round 3 of the singles and doubles matches respectively. She is now set to compete at the (Pan Pacific Open) Japan Open in late September.

Beatriz Haddad has only played in a few Grand Slam tournaments so far. We’ve put together her performance statistics for the majors.

Beatriz did a partnership with different brands regarding her clothes, and racquet. Haddad Maia has been sponsored by WILSON for racquets and has a sponsorship deal with Spanish clothing and footwear company, Joma and eQlibri which is a premium snacks brand.

B. Haddad Maia is currently playing with Wilson BLADE 98 (16×19) V8 Tennis Racket & the same racquet is used by some other pro players like Amanda Anisimova, Simona Halep & Emma Raducanu. 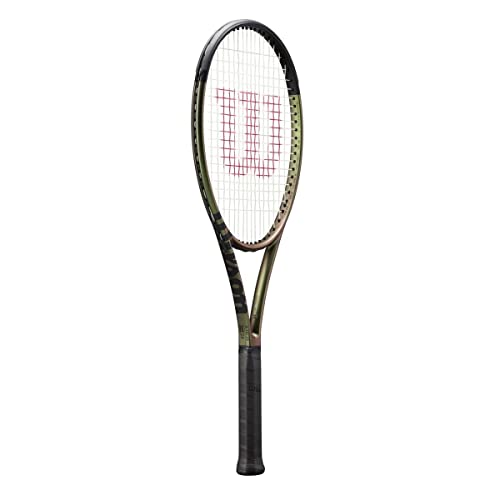 How many titles has Haddad Maia won?

No, she is single, choosing to focus on her career.

No, she is yet to win a Grand Slam title.

Beatriz Haddad is a Brazilian tennis player likewise other players she has earned a lot from her tennis career and made her name among the highest-paid athletes in the world. In 2022 her net worth is around $2.5 million as of 2022 and Beatriz’s career prize money so far is $2,484,256 from collaborations, tennis, and prize money.