One of the youngest tennis players, Amanda Anisimova was born on 31 August 2001 in Freehold Township, New Jersey, USA. She is born to Russian immigrant parents and she began playing tennis at the age of two. The tennis player is right-handed and has a two-handed backhand, and she’s coached by Carlos Rodriguez.

Anisimova made her professional tennis debut in 2016 and has won more than a million dollars in prize money. Amanda Anisimova is the youngest player to ever make it to the fourth round at Indian Wells, a fact that’s hard to believe since she’s been a very talented teenager since Nicole Vaidisova in 2005, and then she was awarded a wildcard in Miami Open the same year.

Her achievement was a historic one. She became the third-youngest player to rank in the top 100 WTA. Moreover, she won her first WTA title at the Copa Colsanitas in April 2019 at the age of 17.

She won her first pro title and then rose to prominence in 2018 at the Indian Wells Open. During the tournament, she recorded her first top 10 victories against Petra Kvitová just at the age of 16. She also paired up with Nick Kyrgios in the 2020 Mixed Doubles and fell in the second round.

In 2016, she was ranked as the 2nd best female tennis player in the world. In 2015, she entered the Abierto Juvenil Mexicano and exceeded the top 300, but then unexpectedly won the high-level Grade A tournament at the age of 14.

Her 2020 season started with WTA Auckland Open. In her doubles match at Doha, she partnered with Nick Kyrgios, and they fell back in the third round after a loss to Svetlana Kuznetsova. In addition to coaching her, her father Konstantin Anisimov has been her coach and has helped her become ranked #2 in the world as a junior.

Anisimova entered the Copa Colsanitas in Colombia in 2019 having never won a match on clay at the WTA level. She won the first competition in her career. She won all four of her matches in three sets as the sixth seed including the final against Astra Sharma. Anisimova finished the clay-court season by becoming the French Open’s youngest semifinal since Vaidisova in 2006.

Amanda has only played in a few Grand Slam tournaments so far. We’ve put together her performance statistics for the majors.

Amanda Anisimova’s best grand slam record so far is at French Open 2019 to reach at Semifinals.

Amanda Anisimova has made a lot of money playing tennis professionally while participating in tournaments. She has earned $3,392,424 in her career as prize money and her YTD 2022 prize money is $898,970, and her salary is estimated at $55,000. According to WTA, its total net worth has been estimated at around $4 million.

Amanda secured a contract with the sports brand Nike in 2017. She signed a long-term $100 million sponsorship deal in November 2019. She’s currently using the Nike Air Zoom Zero. Amanda signed a contract with Gatorade, an American sports drink brand, in early 2020.

Amanda is sponsored by Wilson for her tennis racquets. She is a member of IMG Tennis, an elite tennis training program. The academy is home to some of the best athletes of the pro tennis circuit. She signed a multi-year deal with Therabody in June 2020, the company that produces portable vibration treatment devices to help athletes with muscle care. 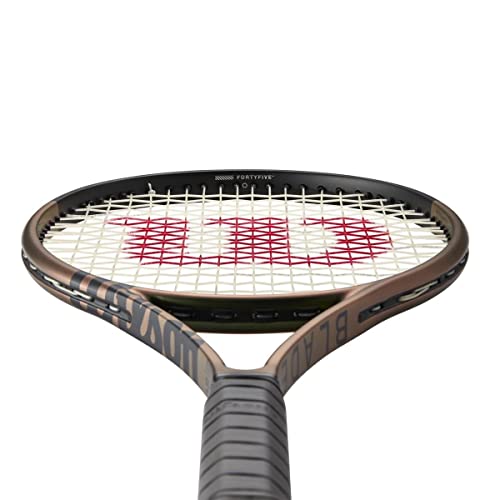 What is Amanda Anisimova‘s Ranking in 2022?

Currently, Amanda is ranked in the #25th position according to WTA.

Which racket does Amanda Anisimova use?

Anisimova is playing with the new Wilson Blade, and its very attractive cosmetics were on full display.

When did Amanda turn pro?

When did Amanda win her first title?

Amanda won her first title in 2016 while playing Copa Colsanitas in Bogota, Colombia.

The last estimation of Amanda’s net worth is $4 million as of 2022 and her YTD 2022 prize money is $898,970. She signed a $100 million deal with Nike. Anisimova has great partnerships with Nike, Gatorade, IMG Tennis, Therabody & Wilson.